"Go therefore and make disciples of all nations, baptizing them in the name of the Father and of the Son and of the Holy Spirit, teaching them to observe all that I have commanded you. And behold, I am with you always, to the end of the age." (Matthew 28:19-20 ESV) 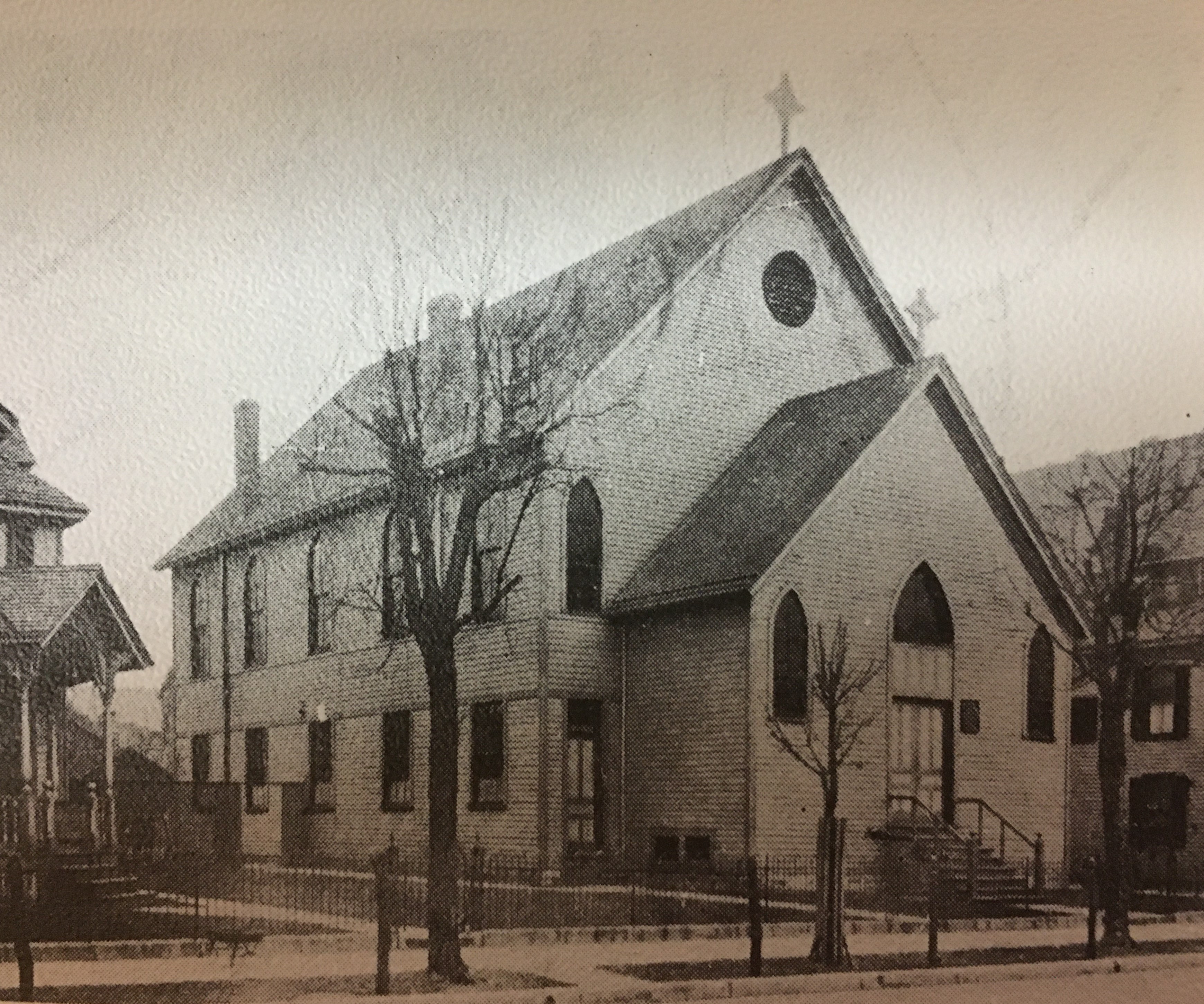 Immanuel held her very first church service in Butler County Court House on Sunday, August 16, 1896. The church began as a group of around 35 families who broke off from Zion Lutheran Church.

After negotiations with the Synod (which was only 49 years old at the time), the group was officially recognized as a new congregation: Immanuel Evangelical Lutheran Church. Their status became official on September 28, 1896, with Alex V. Schlichten serving as vacancy pastor.

To put these dates into context, Immanuel was founded only 31 years after the end of the Civil War. and seven years before the first ever World Series was held (Boston Americans vs. Pittsburgh Pirates). In April of 1896, the Olympic Games returned for the first time since ancient Greece. The infant congregation was born into a world that was only beginning to invent modern staples such as radios, telephones, and cars.

Immanuel began holding services in the Butler County Court House, before building a church on Front Street in 1897. The church purchased the property for $2,800, and built the church structure for $3,300. The Front Street location is pictured above. Rev. Paul Eickstaedt became Immanuel's first resident pastor in the same year.

While the congregation held worship services in the upper story, Immanuel's school opened in the lower story. The school had begun operating in 1896 in an old public school building, and moved the the lower floor of the church once the Front Street building was completed. Immanuel's first teacher was theology student Walter Karth, who opened the school with an enrollment of 24 students.

Pastor Eickstaedt was succeeded by Rev. Gotthilf Ziegler in 1904. He became Immanuel's longest-serving pastor, shepherding the church for 34 years. He was followed by Rev. William Brommer in 1938. Immanuel's first five resident pastors are pictured above.

The congregation worshiped at the Front Street location until 1949, weathering both World Wars in the process. A fire in 1911 required major reconstruction to the building, during which a tower was added to the church. Meanwhile, the church and school held services and classes in a tent on the lawn. The great Hamilton flood of 1913 put much of the parsonage and teacher residence underwater. Pastor Ziegler's family was trapped in the second floor of their home as the waters rose and animals, buildings, and people were swept away.

In the '20s and '30s, the Immanuel School Children's Chorus earned critical acclaim under the direction of schoolmaster Leo Sippel. The Chorus is pictured to the left. The choir traveled around the country and was well-known in the area. This was followed by temporary closure of Immanuel School due to dwindling attendance in 1943. Rev. Norman Schumm was installed as pastor in 1946, and would lead the congregation through their move to Main Street. 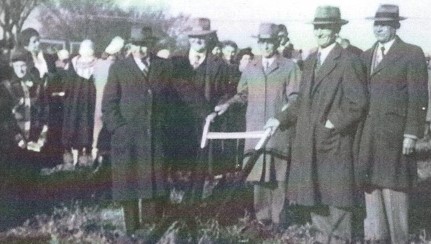 In 1949, Mercy Hospital was expanding and showed interest in buying Immanuel's church, parsonage, and teacherage properties. The church prepared for her second move, and purchased the property at 1285 Main Street.

After a parade of cars from the Front Street location to Main Street, Immanuel broke ground for a new building on November 6th, 1949, as seen in the photo on the left. The ceremonial plow was handled by a number of charter members.

Construction was completed in under two years, and on April 1st, 1951, the congregation dedicated the new building and held its first church service at 1285 Main Street. Immanuel remains at this location today, now with several expansions surrounding the 1951 structure, which is pictured below. 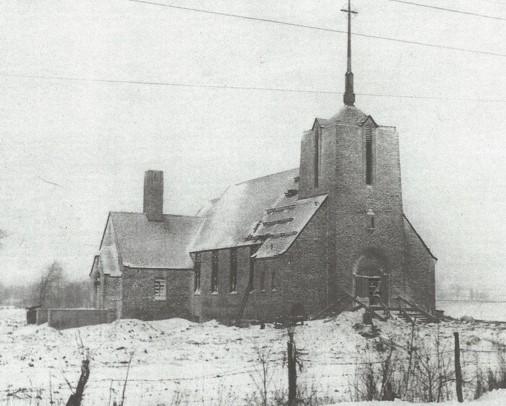 In 1953, Immanuel School resumed operations with Kindergarten classes. Rev. Louis Tirmenstein was installed as pastor in 1955, and oversaw a period of growth in the Sunday School, youth, and school programs.

As Immanuel settled into her new building, the school grew to the point that the congregation began to discuss another construction project.

The decision was made to add an educational building to the existing church structure. Construction began with a ground-breaking ceremony in October 1958, and the first classes in the building were held the following autumn. Shortly after students had their first lessons in the classrooms, the building was officially dedicated in November 1959. This new school building offered a gymnasium and new classrooms for Immanuel's students, pictured below. 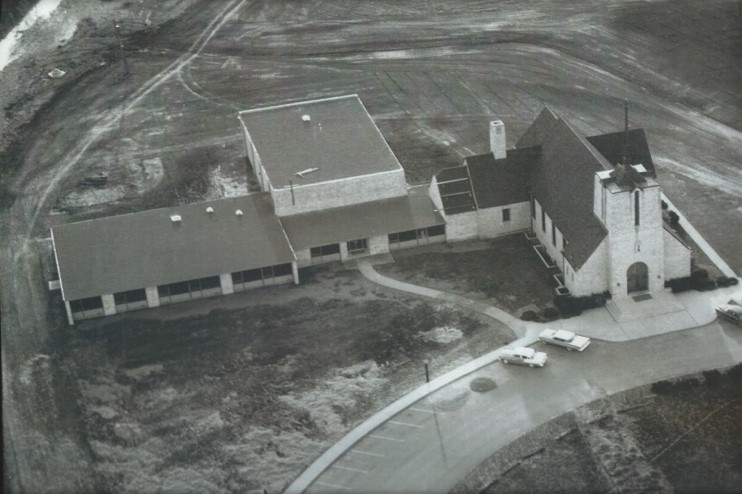 Through the '60s and '70s, Immanuel School was blessed with another period of growth. 1971 marked the purchase of Immanuel's pipe organ, which remains in weekly use during worship. In 1981, Gilbert Duchow was installed as the sixth resident pastor at Immanuel. The school hired Jeff Pool as its first Administrator of Christian Education in 1985. He assisted in pastoral duties, served as principal, and helped to manage the rapid growth of the school.

High enrollment led to another build in the late '80s. An addition was built onto the back of the school building, with construction starting in December 1987. Work progressed throughout 1988, ultimately resulting in three new classrooms, a school library, a large fellowship room, two new offices, and ramps for handicap access. These spaces evolved and served different purposes as the school grew over the coming decades. 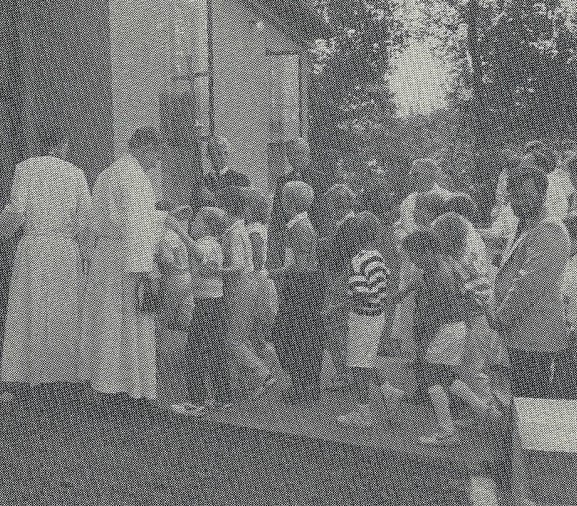 A ribbon-cutting ceremony by Jeff Pool opened the new wing on September 11, 1988. The photo to the right shows Immanuel's eager students clamoring to see their new classrooms.

Pastor Duchow finished his time at Immanuel in 1996, accepting a call to Kentucky.

Rev. Lyle Rasch stepped in for Pastor Duchow, serving as vacancy pastor until 1998. Sunday mornings were busy times in the late '90s, similar to the present-day schedule. Services were at 8:00 and 10:30, with Sunday school and four Bible classes offered between services.

Following Rasch, Rev. Kenneth M. Kueker led Immanuel through the turn of the century, from 1998 to 2006. In 2001, Rev. Kevin Jud became associate pastor at Immanuel. After five years, he began serving as senior pastor, and remains there to the present day.

With Pastor Jud's leadership, the church community has thrived with activities such as trips to Germany and frequent youth retreats.  The church has reached out to Miami University with rides to church and Tuesday night bible studies. Immanuel School has fostered the same type of nurturing environment, growing in quality and stature under principal Lukas Bickel. 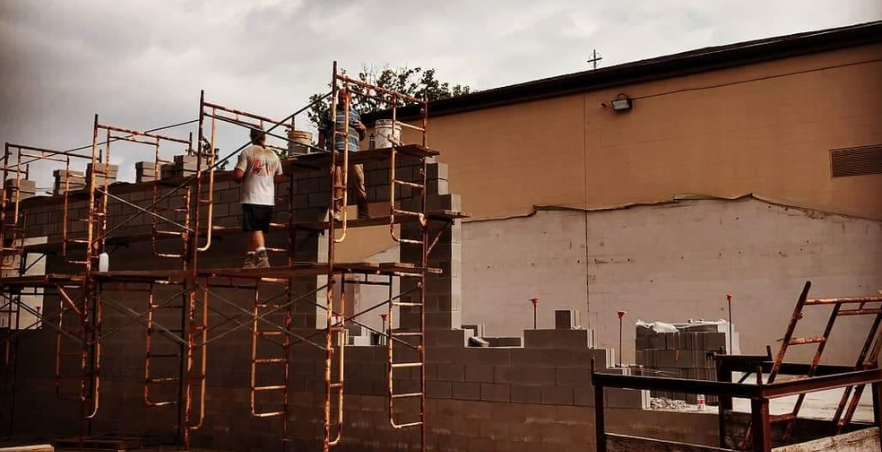 During the 2010s, Immanuel Lutheran School was blessed again with rising enrollment numbers. The school began to methodically split grades that had previously been combined.

By 2018, the school was in need of more space, which would come in the form of four new classrooms, as well as a renovation of four existing spaces in the building. Construction (pictured left) wrapped up at the end of the year, and the new classrooms were dedicated on Sunday, January 6th, 2019.

Early in 2020, Immanuel temporarily suspended its in-person operations, as the nation worked to slow the spread of COVID-19. Churchgoers worshiped through video services or audio at home. The church adapted with new practices such as drive-up Holy Communion with Pastor Jud, pictured below. On May 24th, in-person worship resumed with four services replacing the usual two. Immanuel Lutheran School held its last day of in-person classes on Friday March 13th, and continued classes online through the end of the school year. Today, school, and church operations are back to normal for the most part. 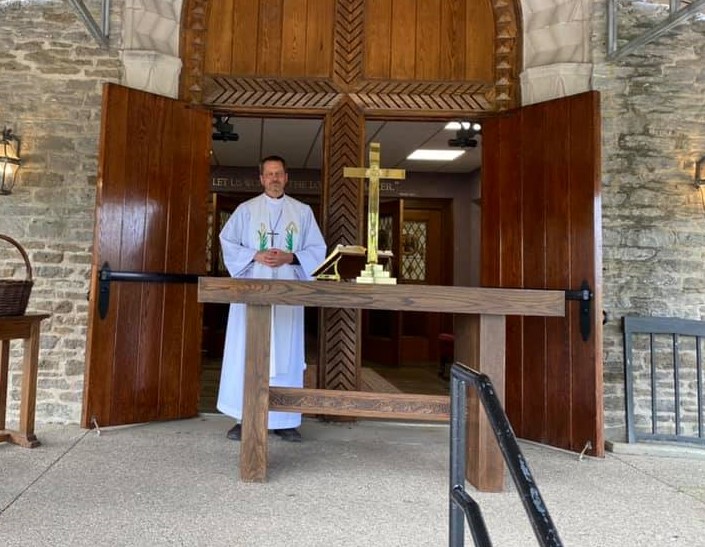 Immanuel celebrates her 125th anniversary in 2021. The church and school look forward to proclaiming the Gospel of Jesus Christ for many years to come.

Thank you to Carolyn Ott for her historical pieces in the church record, which were the chief resource for compiling this history.