Return to the Lord 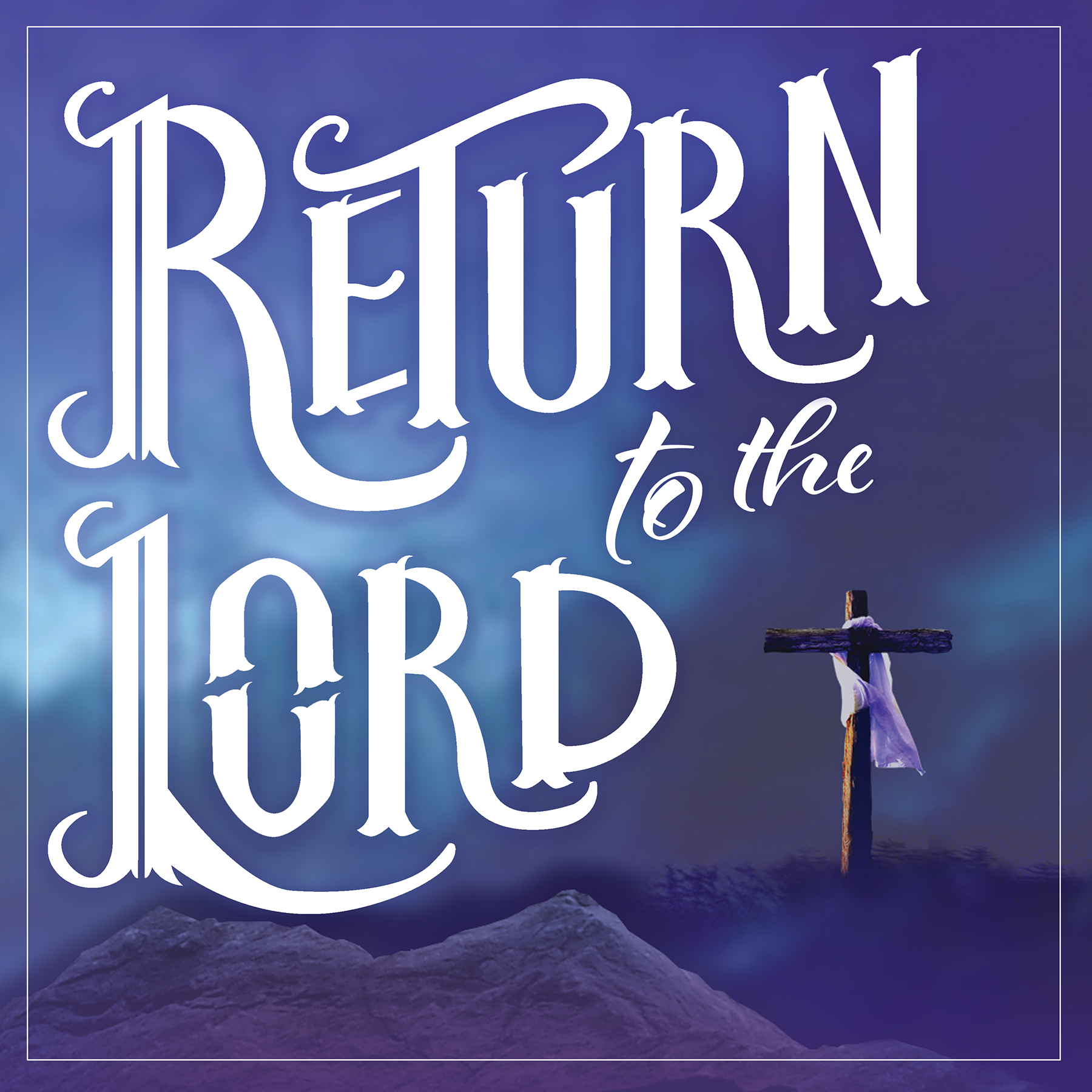 “Return to the Lord your God!”

This is the drumbeat of our Lenten series this year: “Return!”

And so, as we launch this series, we gather together first to hear Joel’s prophecy and God’s invitation. Our Old Testament Reading from Joel gets us oriented to the season, highlights the problem, and lays out the solution in all its beauty and simplicity. God calls us to simply return to Him, because He will address our needs and provide for our salvation.

Our task for today is simple:

First, we will look at Joel’s prophecy and the context in which it came. What was going on? How did God’s words speak to the situation? And how might that have sounded to the people?

Second, we will think about whether this prophecy applies to us. Are these words only for the Israelites in Joel’s day, or do they have something to offer to us as well?

Finally, we’ll hear this invitation and promise offered to us and spend a little time getting oriented to how we will walk down this path.

Let’s begin by doing a little time-traveling to ancient Israel, where we can get some idea of the people to whom Joel was speaking and understand more about what was going on in their world.

We don’t know a lot about Joel. He was a prophet, likely ministering in the Southern Kingdom of Judah. The book that bears his name is relatively short—only seventy-three verses organized into just three chapters. But it is rich and deep and complex. His jumping-off point is a plague of locusts that had or would strike Israel and that served to foreshadow the coming “Day of the Lord.” Whether that plague was literal or figurative is unclear, but Joel’s message is straightforward: a day of judgment will come, and he pleads with the people to turn to God so that they would be found righteous on that “great and awesome day” (Joel 2:31).

The outline of Joel’s prophecy is simple:

PART 1: There’s an invasion of locusts that will destroy all vegetation. Joel calls the people to fast at the temple and then offers a prayer of lament over the coming destruction.

PART 2: If you thought that was bad, there’s something even more significant coming: “the day of the Lord is coming; it is near” (Joel 2:1). Joel describes the Lord’s army using the imagery of the destroying locusts. He issues a call to return to the Lord and to fast and pray at the temple.

PART 3: God responds. First, to the locust plague, offering healing and restoration. Then, on a much bigger scale, God responds in the day of the Lord, giving salvation to those who call on His name and passing judgment on the worldly nations who have played fast and loose with God’s chosen people.

Our Reading for today is drawn right out of the center of the book. The imagery of the swarm of locusts has been completed; the comparison to the Lord’s army and the Day of the Lord has been made; and the reader is left wondering what can be done.

It’s a little like the scene when the rich young man approaches Jesus and asks what good deed he must do to have eternal life. Jesus counsels the young man to sell all of his possessions and give to the poor, presumably to undercut that man’s love of money. And the young man goes away sad. Jesus turns to His disciples and explains how difficult it is for someone with wealth to enter the kingdom of heaven. And the disciples “were greatly astonished, saying, ‘Who then can be saved?’” (Matthew 19:25).

You almost hear Joel’s audience asking the same of him: “Who then can be saved?”

But Joel brings good news; he brings a promise. And it’s simple: “It shall come to pass that everyone who calls on the name of the Lord shall be saved” (Joel 2:32).

But are those words only for the Israelites? Might you be facing a swarm of locusts that threatens to completely destroy you?

You certainly are. There are small, unassuming little things that each do a little bit of damage. But they add up to a destructive force that descends on the landscape and decimates everything good in its path. Your sins are your locusts. And while one little locust doesn’t seem all that terrifying, when the entire list of your deeds is considered, it is breathtaking and terrifying. If the “wages of sin is death” (Romans 6:23), and if, as Ezekiel says, “the soul who sins shall die” (Ezekiel 18:20), then this locust swarm of our sins is frightening indeed.

Joel’s words can and should hit you the same way they hit the Israelites. The Day of the Lord will come, and with it immense destruction and terror. Of yourself, there is no way to escape it. The times you when you coveted your neighbor’s property. When you spoke ill of your co-worker. When you helped yourself to the office supplies at work because you figured they owed it to you. And when you ogled the shirtless guy at that construction site or had a little fling with the pretty young woman in accounting. When you lost your temper and screamed at the guy on the bike who didn’t get out of your way. When you treated your father with contempt or dismissed your mother’s request to clean up your mess. When you blew off worship because you just didn’t care to hear what that boring preacher had to say. When you strung together a string of curse words that would make a truck driver blush. When you decided that you knew better than God about . . . well . . . everything. That’s the swarm of locusts, and destruction of all of the vegetation is the least of your worries. Eternal death and damnation should absolutely terrify you.

Joel brings good news for you too! He brings a promise. And it’s simple: “It shall come to pass that everyone who calls on the name of the Lord shall be saved” (Joel 2:32).

Return to the Lord your God, “for He is gracious and merciful, slow to anger, and abounding in steadfast love; and He relents over disaster” (Joel 2:13). In spite of your sinful rejection of God, He invites you to return to Him and promises to bless you. Stop trusting in yourself and look to God. Know that you can’t stop the swarming locusts and you can’t stop Judgment Day. It will come. All will be affected. And the only solution is to return to the Lord.

Over the coming weeks, through online sermons, we will explore more deeply how God’s call to return plays out in our lives, and we’ll do so by walking in the steps of the disciples and those who accompanied Jesus in the final days of His life. We will hear the call to return as it echoes in their ears and maybe come to understand it the way they did. Listen to God’s call, and return to Him, “for He is gracious and merciful, slow to anger, and abounding in steadfast love” (Joel 2:13).